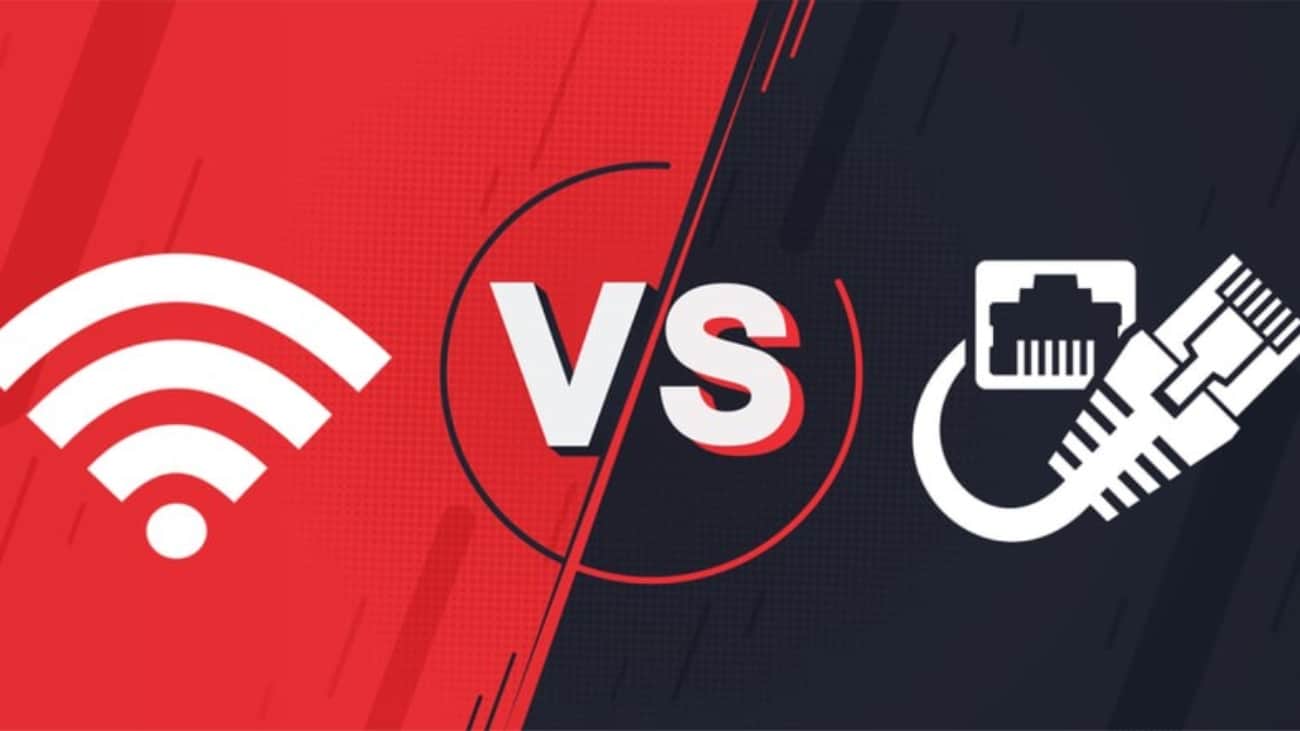 How do their affect your internet experience?

When it comes to choosing the best connectivity options for your home internet setup, the question usually boils down to whether you should use a Wi-Fi connection or ethernet connection.

A Wi-Fi connection enables users to access a network and use the internet wirelessly whilst an ethernet connection requires that a user makes use of an ethernet cable connected from their device to the Wi-Fi router in order to access a network and further access the internet. These two methods have their differences in terms of speed, reliability, convenience, and security.

So, let’s look into how differences between the two connection methods affect your overall internet experience.

The reason an ethernet connection guarantees faster speeds is simply because the user is basically hard-wired to the internet, this reduces any delays in data transmission.

If you’re one that prioritizes speed and how fast data flows on your network, an ethernet connection will do best, but if you’ve got more than one user connecting to your network at a time it would be much more practical to use a Wi-Fi connection.

When the discussion of reliability comes up, we’re looking at which connectivity option is guaranteed to perform consistently well at all times.

A Wi-Fi connection is more vulnerable to interferences from physical objects that may block the signal as data is being transmitted wirelessly.

An ethernet connection, on the other hand, is generally unaffected by physical objects, however, any physical damage to the ethernet cable such as splits, cracks, crushing, or even bending of the cable will result in a poor internet experience. If you find yourself having to always adjust or “wiggle” your ethernet cable, you’re certainly better off connecting wirelessly, otherwise ensure that your ethernet cable is in good condition.

A Wi-Fi connection is without a doubt the more convenient option. Users are able to move around a property freely and are not obligated to spend most of their time on the internet from a desk or workstation. A Wi-Fi connection allows one to choose their surroundings when browsing or working on the internet, giving the user the sense of freedom and flexibility that we all love to have in the comfort of our homes.

An ethernet connection is more secure than Wi-Fi because data on an Ethernet network can only be accessed by physically attaching a device of some sort to the network.

On a Wi-Fi connection, because data is transmitted by means of wireless signals in the air, information can easily be intercepted without any physical actions being done on the network. However, a virtual private network (VPN) can be vital in protecting any data transmitted on your wireless network by hiding information such as your IP address, browsing activity, and personal info from potential threats or hackers. In summary, an ethernet connection is by default the more secure option but with a VPN, a Wi-Fi connection can prove to be equally as secure. What are the differences between Wireless Internet & Fibre Optic Internet?

Wireless connections are easy to install other than that of Fibre. This is because there already is wireless connections such as radio towers for technology for cell phone networks. Therefore, it is a connection that does not require a physically connected wire to make use of the Internet.

As we find ourselves surrounded by WIFI itself daily, different digital devices can connect to the Internet wirelessly through radio waves. This is typically done through devices such as WiFi routers to establish wireless networks.

Depending on the physical environment, the WiFi signal will propagate through walls and also through objects. Therefore, a signal must be managed carefully to transmit an internet connection because of the signal strength; you can increase this amplification by utilising Amplifiers.

Choosing between Fibre and WiFi internet for your business is often one of the biggest decisions you’ll make for your online presence. Both can be incredibly beneficial to your business, but you need to know which option is best for it. Below we cover some questions to ask yourself.

What is Optic Fibre Internet?
Ooh, a new broadband technology. What could it be? Perhaps it’s a new type of superfast Internet, capable of downloading a two-hour movie in ten seconds? Well, no. Optic fibre is the term for the current fastest internet connections, and it means using glass as an ethernet cable. The glass itself is sent through a special light beam, and then that magnetic signal is converted into a data connection

Optic Fibre internet is Internet-delivered via fibre-optic cables. It’s usually more expensive than traditional DSL, but some fantastic benefits to opting for opt-fibre. Opt-fibre is generally faster, has more bandwidth, and data caps are non-existent. It’s also more secure because it’s hard to tap into an optic fibre connection, making it ideal for businesses.

It sounds like something out of a science fiction movie, but it’s the future (or at least, it will be soon enough), and it’s called Fibre-to-the-home (FTTH). Fibre-optic Internet is excellent; it’s fast, reliable, and has virtually no downtime.

What is Wireless Internet?
The modern world is one of constant wireless connectivity. Whether it’s through your phone, laptop, tablet or home router, we are constantly connected. This is great for many things, but one area where this connectivity has been vital in Internet development. Communicating with each other and sharing data has changed the world beyond recognition.

Without question, wireless Internet is one of the best things to happen to the modern world. For the first time, we can be mobile, work from anywhere, and access the information we need whenever we need it. But how does it work? And what are all of these different wireless internet connection options?

The modern world has seen a lot of changes over the past decade. With technological advancements coming so quickly, it can be difficult at times just to keep up.

The Wireless internet is a networking technology that can send and receive data over short distances without a wired connection between two devices (such as a laptop and a modem). Instead, this technology uses radio waves to communicate.

The radio frequencies are very different from walkie-talkies, vehicle radios, cell phones, and weather radios. For example, your car audio receives Kilohertz and Megahertz frequencies (AM and FM stations), whereas WiFi transmits and receives data in the Gigahertz range. A Hertz (Hz) is just a frequency unit.

The frequency of WiFi is 2.4 GHz and 5 GHz. These waves have a frequency that is remarkably similar to that of your microwave! Your microwave heats food at 2.450 GHz, and your router transmits data through WiFi at 2.412 GHz to 2.472 GHz. This is why, when making popcorn, some people with old or malfunctioning microwaves have trouble with their WiFi signal.

How is data transmitted through WiFi?
WiFi addresses data transmission through a process known as Wireless Amplification. This process involves dividing the wireless signal into its frequency components. This allows the radio wave to be amplified, and the number of channels at which a signal can propagate throughout an indoor environment increases.

Once a signal has been received, the entire signal then needs to be amplified and packaged into what is known as a digital signal. From a technical standpoint, the radio wave and the signal are similar. However, the signal can more easily propagate through physical objects and can ignore physical objects in favour of travelling through the air. Thus, even without amplification, the signal strength remains high.

How do I choose between Fibre and WiFi internet, which one is better?

Conclusion:
With the rise of connectivity, the network connection will always be the topic of countless discussions. Wired connections are more reliable and have less opportunity for interference. In addition, wireless connections offer greater flexibility and the ability to add devices to your network quickly.